Miler & Martin attorney Tom Harrold was elected Vice Chairman of the Board of Directors of the German American Chamber of Commerce of the Southern United States, Inc. (GACC South) at their annual meeting in Greenville, South Carolina on April 7, 2014. The GACC South was founded in 1978 to promote and support bilateral trade between Germany and the U.S. and is headquartered in Atlanta, Georgia. The GACC South is a private, non-profit organization and serves as the official representative of German industry and trade in the Southern U.S. It is part of an international network composed of 125 German foreign chambers of commerce and government offices in 85 countries. The GACCs are one of the largest bi-national chambers in the U.S. 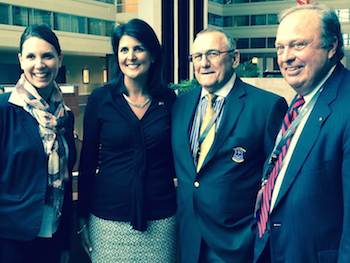